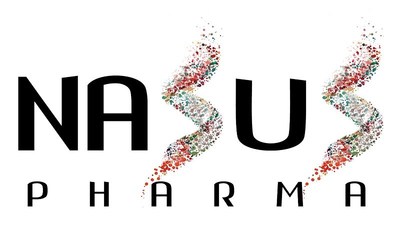 The Delta variant is now the dominant strain of SARS-CoV 2 in over 100 countries. It was found to be significantly more infectious, transimssible at earlier phases of the diseases and replicates more quickly. Viral load found in patient with Delta strain was 1000 higher than the first strains identified at the outbreak of the pandemic1.

"These important results conform with prior in vitro studies performed with Taffix where 99.99% of SARS- CoV-2 viruses were blocked by Taffix2, 100% blockage of Alpha and Beta variants, as well as other viruses known to cause upper respiratory infections. Importantly these results are consistent with real life clinical experience with Taffix where the risk of contracting COVID was reduced by 78% following a "super spreader 'event3. These consistent results across multiple virus strains prove the robust non-specific activity against the transmission of multiple respiratory viruses," said Dr. Dalia Megiddo, Chief Executive Officer of Nasus Pharma. "The study's results reconfirm the versatility of our technology against various respiratory viruses including SARS-CoV-2 and its new variants and Taffix's potential as an important additional layer of protection against infection."

Udi Gilboa, Chairman of the Board of Nasus Pharma, added, "As new variants are causing a renewed surge of infections world wide- there is an urgent need for solutions that enable resuming of economic and social activities safely. The changing dynamics of the virus and the continued appearance of additional mutations present a challenge to public health. Our new data demonstrates that Taffix can be helpful in preventing the spread of these new variants in addition to all other recommended safety measures. With the global growing use of Taffix, we have learned how important additional layer of protection is to facilitate a return to safer normalcy."

Taffix®, currently sold in over 25 countries across Europe, Latin America, Asia and Middle East was developed to create an acidic microenvironment in the nose which is proven to prevent viruses from entering and infecting nasal cells. It is now well established that the nose is the main gateway to the body of airborne droplet viral infection including SARS-COV-2. Taffix® powder creates a unique thin acidified gel above the nasal mucosa that lasts 5 hours, significantly shielding the nasal cells from inhaled viruses through both mechanical and chemical protection. As such Taffix® may be an important new protective tool in addition to the multiple preventive measures taken today for preventing SARS-COV-2 new variants from spreading further.

Based on its unique microsphere technology Nasus Pharma is developing a number of intranasal powder products aimed at assisting patients in several acute emergency situations such as opioid overdose and anaphylactic shock.

Intranasal administration is most suitable for those situations in which rapid drug delivery is required and offers multiple advantages such as rapid drug delivery, ease of use, non-invasiveness, and safety. Nasus portfolio comprises a number of programs: Intranasal Naloxone (completed pivotal study) and Intranasal Epinephrine (completed phase 2) as well as a number of preclinical POC programs.

The World's First Study Of A Combination Between The AstraZeneca Vaccine And The First Component Of The Sputnik V Vaccine (Sputnik Light) In Azerbaijan Shows No Serious Adverse Events Or COVID Infection Cases Following The Vaccination
30 Jul 2021 (PR Newswire Association LLC.)

About Biotechgate
The French Biotech Database is a product of Venture Valuation and part of the global Life Sciences lead generation and intelligence platform Biotechgate. Our mission is to provide up-to-date company and business information of the Biotech, Pharma and Medtech sectors to professionals everywhere, in order to support them in identifying the most appropriate business partners, customers and suppliers.